Do the Opposite of What the Media Tells You (Video) 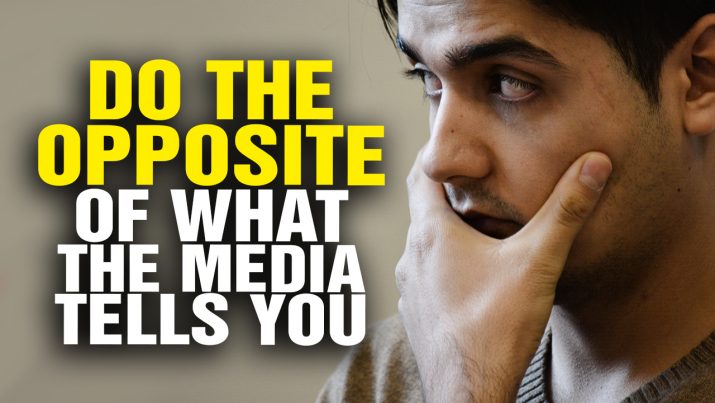 A powerful but simple rule of thumb: Do the OPPOSITE of what the media tells you.

Podcast Transcript: “In a weird sort of way, I want to thank the mainstream media for making our lives so much simpler, by giving us a formula on how to make good decisions. It’s very simple. Do the opposite of what the media is telling you. The media lies about everything especially when it comes to politics. I’m talking about of course the corporate run media. The legacy media used to be the mainstream media, now no intelligent person believes anything in the media. Take this situation where they’re jumping on Trump for his phone call to a widow where they claim – falsely of course, they’re lying – that Trump was insensitive and that he said something like ‘the guy signed up for the military and he knew the risks.’ Well, first of all there’s no recording of the phone call and second of all to have the president pick up the phone and call you is a great honor. Just the fact that he’s taking time out of his incredibly busy schedule to call you and honor – if you’re the widow – your fallen husband who gave his life for his country. That is a great honor. If the President didn’t phrase it exactly correct for all these sensitive Left-wing people, that’s their problem…” Listen to the full podcast below:

Do the OPPOSITE of what the media tells you from NaturalNews on Vimeo.