As humanity devolves into total insanity, here’s how to stay sane and wind up on top 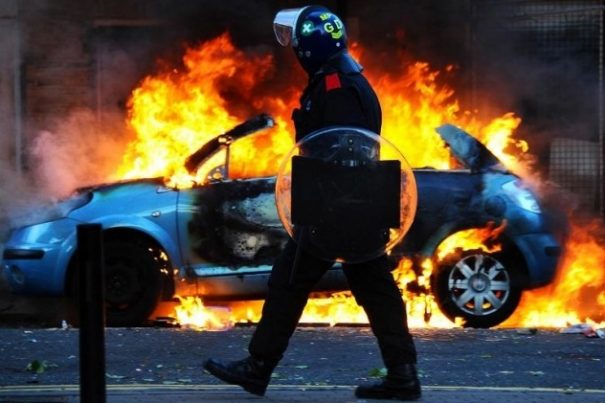 The Health Ranger thinks humanity is devolving into absolute insanity, but he knows a way to stay sane. Mike Adams explains in his popular podcast why people are of utmost importance to the rebirth of mankind after the downfall of today’s society. He reaffirms that awakened humans are on the right track, and it is the world around them that has gone crazy. There is still hope for long-term optimism. This might come as a surprise to most people, especially those who have been long-time fans of the Health Ranger. After all, Adams is known for his coverage of EMP attacks, risks of solar flare, mercury in vaccines, among other things. This time, he has a legitimate reason to be optimistic. People’s observation of what’s happening around is indeed accurate. The world is distorted in many ways. The media, politics, health, and education are becoming more twisted and delusional in their assumptions.

“There is a divergence in the human psyche,” says Adams. In theory, people have shared a “consciousness overlay”. Their minds do not simply receive information. But they broadcast information without realizing it. Because of this, there are people who have no idea what they are feeling. People converge in their ignorance. A person who is intuitive and perceptive can pick up this feeling faster than the others.

Most people are oblivious. They are spoiled. They continue to impair their perception with substance abuse and cheap entertainment. They have forgotten what it’s like to be “centered”. They are not able to receive information that is subtle because their minds are full of garbage. Meanwhile, a person who has a keen, observant, and peaceful mind is aware of global changes.

Some people think we are witnessing the end times, but some say we are closer to a rebirth. Both points are true. Humanity is in a destruction phase right now and is on the brink of a total downfall. Why? Because instead of living harmoniously with nature, human beings bring nothing but devastation. There is this assumption that the Earth can sustain life forever. This is why many of us take the conservation of the environment for granted .

Well, humans did it this time.

The planet’s destruction is imminent and there’s nothing we can do about it but to let it pass and wait for the world’s rebirth. “No matter what unfolds, it’s going to be some kind of big lesson for human civilization,”Adams says. And when all of these have come to an end, the planet as we know it will be reborn.

The best way to stay sane is to remember that not all of us destroyed society. Human consciousness is shared. Those who have higher levels of perception can sense this shared connection, and will most likely survive. By maintaining to discern the truth, human beings can still have a positive effect on both the living and non-living. A person is in charge of his own consciousness, fate, and beliefs. Humans are here for a purpose. Perhaps one of those purposes is to help others gain understanding of the real situation of the society. Humanity needs to learn its lessons to achieve an “awakening”.

Mike Adams, also known as the Health Ranger, is an award-winning investigative science journalist, internet activist, and lab science director. He has received testimonials and accolades from several important figures in the natural health space. The Health Ranger’s online store also carries more than 600 products tried and tested by his own lab. Adams is hugely regarded as a strong technical expert that has allowed his websites to achieve immense degrees of success online. The Health Ranger is likewise a known influential writer and presenter.