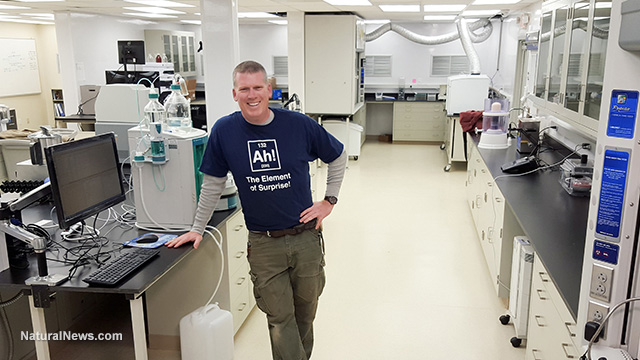 For years Natural News founder/editor Mike Adams, the Health Ranger, has been warning about the toxic effects modern pesticides have on the human body, especially the brain. Now, new research has vindicated Adams and other natural, organic food experts and proponents (yet again): Pesticides are actually more neurotoxic than ‘mainstream’ scientists have believed.

As reported by the Daily Telegraph, the best thing for consumers to do right away is begin purchasing organic products “because pesticides on foods are far more dangerous than was thought, causing damage to the human brain,” research published by the European Parliament said.

The results of the research will hopefully lead to new guidelines and perhaps even mandatory limitations on the overall use of pesticides in agriculture. In addition to being much more dangerous to consume than previously believed by the scientific and bio-agriculture community, pesticide run-off has also been blamed for poisoning soil, water tables and communities.

The study suggests that the damage caused by pesticides across the EU amounts to at least £125 billion [$161.1 million] a year, based on the loss of lifetime income from such damage.

The report warns of increasing evidence that residues from insecticides are damaging the brain, and reducing the IQ of the population. And it raises concerns that the chemicals could also cause cancer and damage to the reproductive system. The research, commissioned by the European Parliament, is a review of scientific evidence about the impact of organic food on human health.

Natural News has been out in front on all of this for years. In May 2014, we reported that by switching to organic foods you can reduce your exposure to toxic pesticides by 90 percent in just one week. That same piece cited Australian research that found that conventional food production involves the use of large amounts of organophosphate pesticides, which themselves act as neurotoxins on insects and humans through the blockage of an important enzyme.

“Recent studies have raised concerns for the health effects of these chemicals even at relatively low levels,” reported Dr. Liza Oates, the lead researcher.

Years earlier, in 2010, we reported that studies indicated that a rise in major diseases was also linked to increasing use of pesticides:

According to a new database designed to catalog these studies, pesticides are linked to cancer, reproductive dysfunction, diabetes, autism, asthma, birth defects, Parkinson’s and Alzheimer’s diseases and more [emphasis added].

The neurologically-related conditions were highlighted above to indicate how long research — much of which has been ignored by the “mainstream” media and the “politically correct” scientific community but promoted by Adams — has indicated there are major health issues associated with heavy pesticide use [a year earlier we reported that pesticides were shown to be a huge risk for Parkinson’s Disease].

“At least 100 different pesticides are known to cause adverse neurological effects in adults, and all of these substances must therefore be suspected of being capable of damaging developing brains as well,” said the recently-published EU study. “Such adverse effects are likely to be lasting and one main outcome is cognitive effects, often expressed in terms of losses of IQ points.” (RELATED: ALERT: Pesticides, Heavy Metals Found In Organic Rice)

Clearly, the EU research confirms our earlier reporting on previous studies, as well as vindicates Adams in his years-long effort to educate and inform the public about the dangers of food production that relies heavily on chemical pesticide use.

J.D. Heyes is a senior writer for NaturalNews.com and NewsTarget.com, as well as editor of The National Sentinel.