Is Your City SURVIVABLE in a Catastrophic Emergency? (Video) 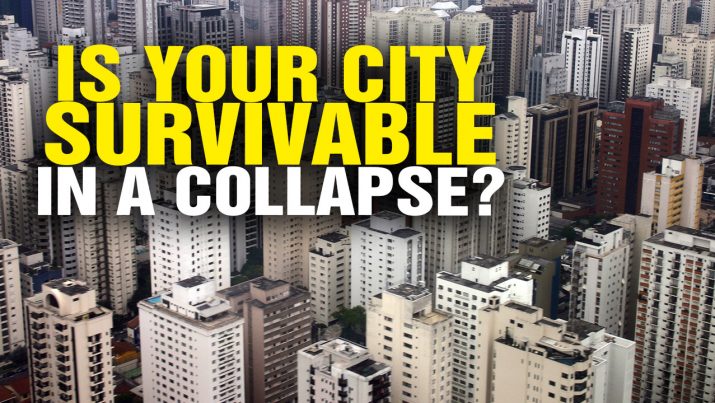 Not every city is a total death trap in an emergency: Some are quite survivable. But how can you tell the difference? Mike Adams discusses which cities are relatively safe vs. other cities that might become very difficult to survive.

Podcast Transcript: “This podcast is about safe cities versus unsafe cities as it all starts to hit the fan. Whether we’re dealing with political upheaval, social chaos, market collapse, nuclear war with North Korea or the Russians – whatever the scenario may be … There are going to be some cities that will be relatively safe and other cities that are going to be devastatingly dangerous. Previously, I have spoken about cities in general as being death traps, but I’d like to offer more discernment on that because there is a difference between cities based on … Well, a lot of factors that I will talk about here. Many cities are in fact quite survivable if you have adequate supplies. Step one: You’ve got to make sure that you don’t depend on the city infrastructure for your basic survival needs, which includes perhaps heat or cooling – in the case of a hot, hot summer in a city in the south, like Houston – but also water, electricity, emergency food supplies, emergency medicine … these kinds of things. So, you can be a prepper in the city and still survive. Especially if you’ve got a means of self-defense…” Listen to the full podcast below:

Learn more at Bugout.news and Survival.news

Is your city SURVIVABLE in a catastrophic emergency? from NaturalNews on Vimeo.