Google to Punish “Conspiracy” Sites, Unless They Are Leftist (Video) 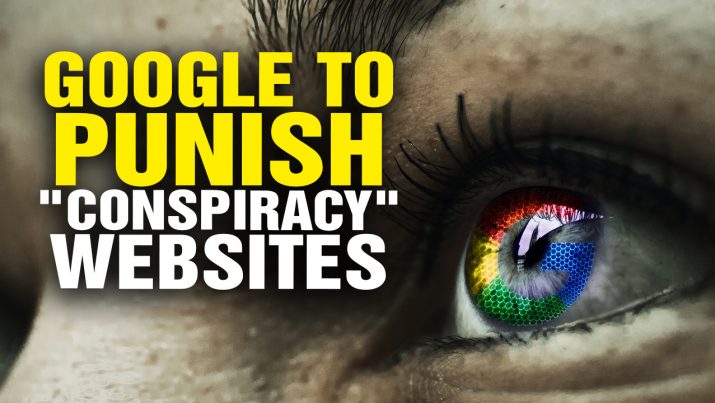 Google goes all-out Orwellian, announcing it will punish websites that it claims promote “conspiracy theories.” Unless, of course, those conspiracies happen to be pushed by the delusional Left…

Podcast Transcript: “Google has just gone full Orwellian, even beyond anything they’ve already done in that realm, by announcing that they are going to start – essentially banning or penalizing – sites that they consider to be engaged in publishing conspiracy theories. But here’s the problem with this Orwellian ministry of truth attempt by Google, which is rapidly joining Monsanto as one of the most evil corporations in the world. The problem is who defines what a conspiracy theory is? By who’s definition is this being run. Of course, the answer is whatever the Leftist’s at Google want it to mean, because – think about this – they think that it’s a fact that the Russians worked with Trump to steal the election somehow, even though there’s not even a shred of evidence. So, it’s an unsubstantiated conspiracy theory, but they say: no, that’s a fact and that’s true.” Listen to the full podcast below:

Stay informed at Censorship.news and GLITCH.news

Google to punish “conspiracy” sites, unless they are Leftist from NaturalNews on Vimeo.