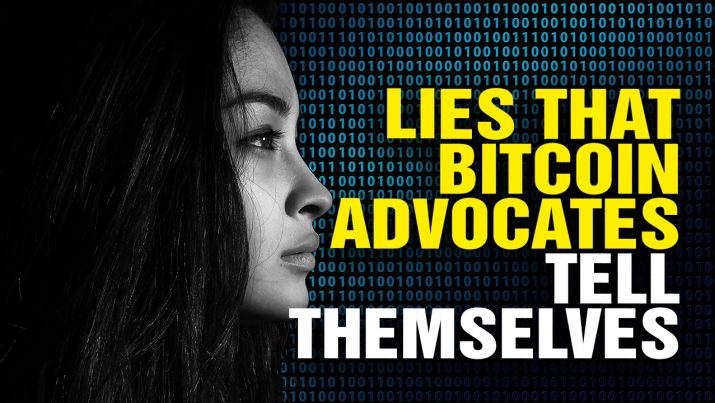 The Health Ranger explains why Bitcoin advocacy is based on a popular delusion that Bitcoin promoters tell themselves: That central banks will just sit back and do nothing while crypto currency makes them obsolete.

Don’t Bitcoin advocates realize the globalists are going to fight back and crush any competition that threatens their fiat currency monopolies?

Podcast Transcript: “Every advocate of Bitcoin has been operating under a blatantly false assumption, that I’m going to deconstruct right here on this podcast. This is crucial for you to understand, because the false assumption is that they think the central banks will just sit by and do nothing and allow bitcoin and other cryptocurrencies to take over the world and make the federal reserve, and the world’s wealthy elite, obsolete. Now if you think that the JP Morgans of the world, the Chase banks, the global bankers, and all of those who run the central banks, are going to just sit back and allow themselves to become obsolete by a bunch of liberty-oriented software engineers then you are a fool. They will fight back. By the way, my position on this is that the central banks are evil. They are creating fake money – fiat currency. They are engaged in the financial domination of the world and it is time for a financial revolution that makes money, real money, for people where the central banks can’t steal it. However, I am a realist and understand that the central banks will not give up power voluntarily…” Listen to the full podcast below:

LIES that starry-eyed Bitcoin advocates tell themselves from NaturalNews on Vimeo.