Censorship a Prelude to a Massive FALSE FLAG Event (Video) 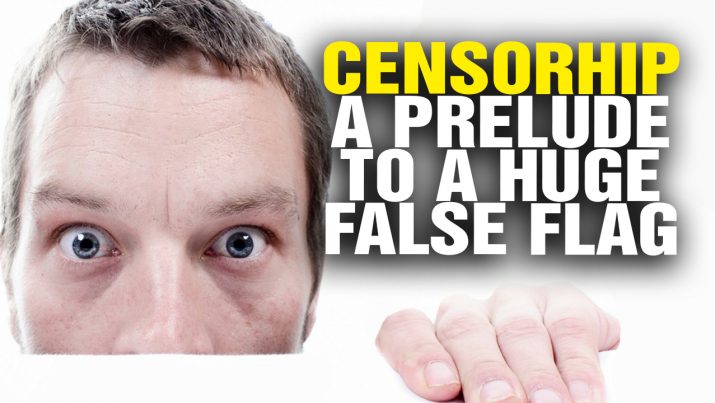 The tech censorship now being witnessed across the internet is a prelude to a massive false flag event set to arrive soon. Why the censorship? Because Goolag and others have to make sure they can control the narrative.

Podcast Transcript: “You know the reason why there’s so much censorship going on right now? It’s because they – and I’ll talk about who they are – are planning something big. Something big is coming down. This is everything that we’ve been warning about and talking about is coming to fruition here – probably before the end of this year. So many events are slated to take place or so many things have reached the point of crisis where they’re no longer sustainable that what’s coming is going to be so huge … Now think about this, Google is doing most of the censorship, but it’s also Facebook. For example: Facebook has utterly 100%, censored Natural News even though we have 2.2 million fans on Facebook. We can’t even reach any of them…” Listen to the full podcast below:

Censorship a prelude to a massive FALSE FLAG event from NaturalNews on Vimeo.