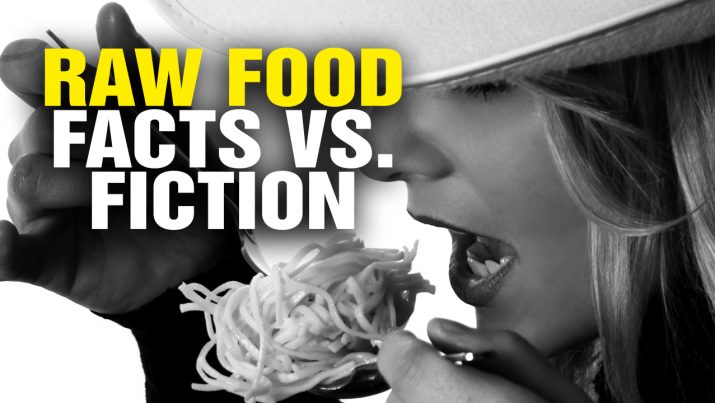 The Health Ranger explains why “extreme” raw foods bloggers are totally wrong to claim that women’s periods are unnecessary when eating clean foods. Some raw food bloggers are now claiming that shutting off menstruation is a sign of “health!”

Podcast Transcript: “One of the things I’ve learned over the years of being involved in nutrition – super foods, raw foods, veganism, vegetarianism, food science and so on – is that there’s a lot of really bad disinformation in the raw food community, in particular. I know a lot of raw foodies. Some of them are great and are well informed, but most of them aren’t. A lot of people are pursuing raw food just because it’s kind of a hip and trendy thing to do. They have a lot of dangerous misconceptions. A great example of this that I wanted to bring to your attention is these raw food blogging girls now who are saying that menstruation is a bad thing, and you can you can get rid of it by going raw. They’re so happy they got rid of their periods and there is a sense of freedom. They think that their periods are I guess alien to the body and they’ve shut down their their female hormones by going raw and they think this is great. They’re trying to spread this information to others. Well, I’m here to tell you they’re dangerously ignorant of reality. Menstruation is not a disease. Menstruation is a normal part of a healthy female metabolism and hormone cycle…” Listen to the full podcast below:

RAW FOOD facts vs. fiction from NaturalNews on Vimeo.