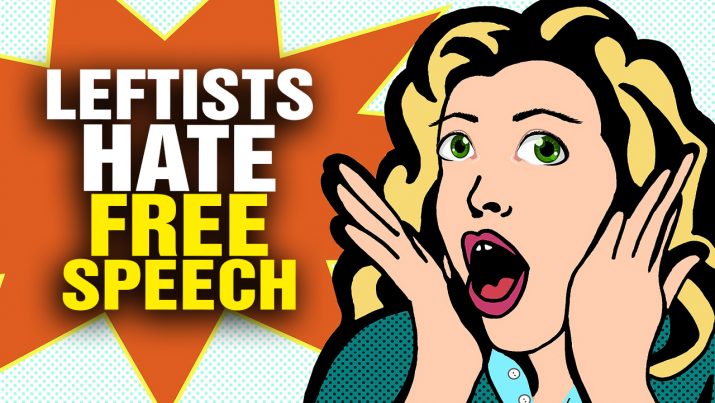 Far from honoring free speech, the political Left in America actually despises free speech for those they don’t like.

Podcast Transcript: “When you hear people claiming that it’s a free speech issue for NFL players to take a knee and protest America and protest the American flag, you should really laugh to yourself. Because of course these same people – mostly Leftists who are supporting these player protests – they don’t support free speech and that’s obvious. If you simply think about what would happen if a football player, during the national anthem, pulled out a confederate flag and began waving a confederate flag around would that person’s Confederate flag waving be celebrated as a free speech? Right. Of course not. It would be condemned. That person might be beat to a pulp by the mob – the Left-wing, lynch mob. So, you see, as that little thought experiment demonstrates, the Left doesn’t believe in a free speech at all. It only believes in limiting speech to those people with whom the political Left already agrees. That’s not free speech my friends, that’s that’s biased speech. That’s censored speech. The only speech that’s allowed of course, in today’s politically correct climate, is speech that agrees with the Left…” Listen to the full podcast below:

Why Leftists HATE Free Speech from NaturalNews on Vimeo.