Next Step for Humanity: DECENTRALIZATION of Everything (Video) 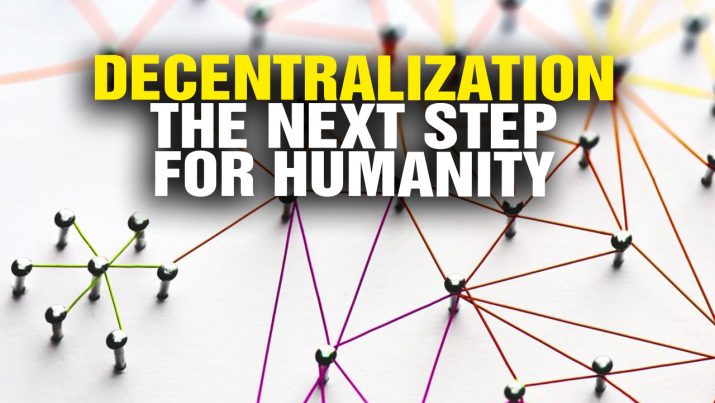 The next step for human society is the “decentralization of everything,” explains the Health Ranger.

Podcast Transcript: “So, what’s next for our society? The big answer, I believe, is the decentralization of the systems of power control that we have grown up with, that we’re all used to, that we live with – such as the centralized money systems, or centralized governments. I actually believe that we are now in the beginning phases of what will be the toppling of many of these institutions of centralized power – such as the federal government for example. We’re already seeing early signs of calls for secession in California, Texas and other places. I believe we’ll see the breakup of the United States in the ‘not so distant’ future. It may take years. It could take a decade or maybe a couple of decades on the outside of this. Or it might happen more quickly than that. The thing is, centralized power systems are becoming in in a way, obsolete. I’ll explain that more, but I have called for the decentralization of everything. I believe that centralized power is corrupt, that it is abused and very often it turns to evil…” Listen to the full podcast below:

Next step for humanity: DECENTRALIZATION of everything from NaturalNews on Vimeo.