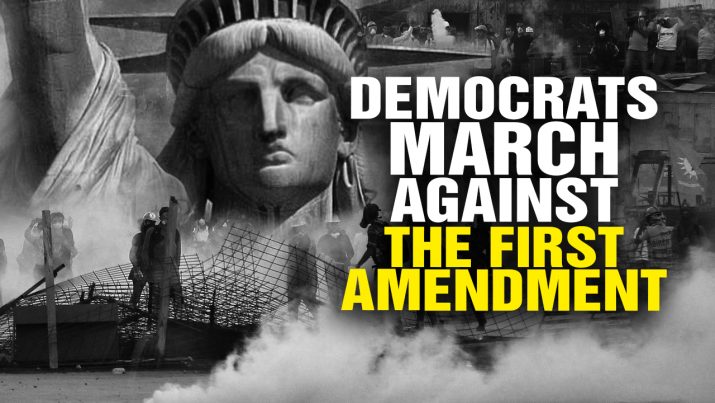 The political Left is now openly marching AGAINST the First Amendment with the mantra, “Peace through violence.”

Censoring the speech of all those with whom they disagree is now the new tactic of the deranged, hystrical Left.

Podcast Transcript: “15,000 people in the city of Boston took to the streets to protest against freedom of speech. Yes. Against freedom of speech. Not realizing of course, that they were protected by the First Amendment, in their protest against the First Amendment. That’s how insane everything has become these days. It’s off the charts. Thank you for joining me here. Mike Adams, the Health Ranger. HealthRangerReport.com is where you can find more podcasts. I’m one of the remaining voices of reason in a world gone insane. Or as I wrote in a recent article on NaturalNews.com – a total eclipse of sanity as mass hypnosis has taken over the nation – leading to mass hysteria. I pointed out in another podcast, that it was in fact freedom of speech that allowed people like Abraham Lincoln to free the slaves through emancipation. If freedom of speech were not protected, there were many sectors of the government back in the 1800’s, that would have tried to suppress any debate that tried to claim that all people were created equal…” Listen to the full podcast below:

Learn more at Censorship.news and LibtardParade.com

Democrats march against the First Amendment! from NaturalNews on Vimeo.