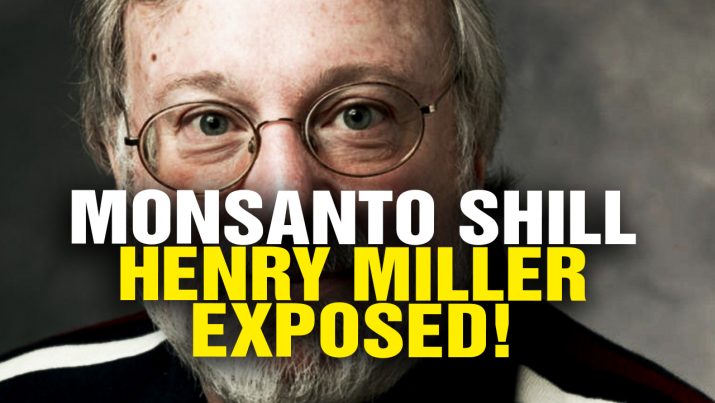 Another academic has been exposed as an industry prostitute shilling for Monsanto. His name is Henry I. Miller.

Podcast Transcript: “There’s been a major breakthrough in the exposing of the Monsanto Mafia, which must be brought down and will be shattered at some point – just like Big Tobacco. By the way, it’s a lot of the same people. The latest news involves Henry I. Miller, who has been exposed as a Monsanto prostitute and shill. He’s an academic of course, as you might expect. He’s a part of the Stanford University organization. He’s a research fellow there, researching something in science philosophy I think. He has been exposed now in emails. During the discovery process of a lawsuit in California, he’s been discovered to have peddled a fake editorial to Forbes – which he claimed he wrote. It turns out Monsanto wrote it. Monsanto wrote the whole editorial, then this guy added a couple of words to it and forwarded it to Forbes, which published it in Henry Miller’s name. For two years, Henry Miller claimed that it was his editorial, that he was the author and now it comes out that he was lying all along – because he is a science fraud…” Listen to the full podcast below:

Monsanto shill Henry I. Miller exposed as industry prostitute from NaturalNews on Vimeo.