Hey Preppers: Don’t Get Sucked Into “End of the World” Date Predictions (Video) 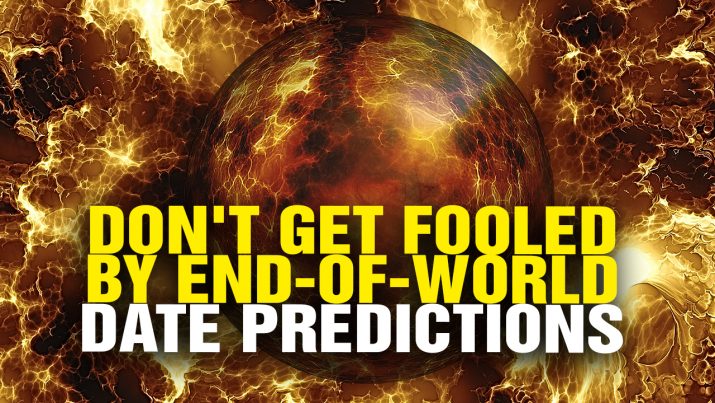 Don’t fall for specific date predictions of a collapse or the apocalypse, warns the Health Ranger. While we know where things are headed in the long term (financial collapse, civil collapse, etc.), it’s impossible for any human mind to know the precise date of such events in advance.

Podcast Transcript: “By now, you know the world did not end on Saturday September 23rd – as was predicted by some. I’m actually recording this on Friday September 22nd, so I have faith that the world won’t end tomorrow. That’s why I’m recording this. Nevertheless, by now, by the time you listen to this, you know the world didn’t end and there’s a lesson in all of this. There are a lot of people who were very strongly convinced that the world was going to end on that day. In doing so, it causes a distortion in preparedness strategy – and that’s the point of all of this. I want you to be prepared. I’m a prepper and I’ve been advocating preparedness for a long time, but be very careful about setting specific dates – especially on prophecy type events. Even on financial collapses and crashed. You’ll notice that even though I’ve been talking about financial collapse since 2008, I’ve never named a date, because you can’t know when these things are going to happen. What you can do is look at trends, you can look at projections, you can see that it’s unsustainable, and because it’s unsustainable it will collapse. But you can’t know the date of the collapse…” Listen to the full podcast below:

Learn more at Prophecy.news and Collapse.news

Hey preppers: Don’t get sucked into “end of the world” date predictions from NaturalNews on Vimeo.