Leftists Are the Biggest BULLIES (Video) 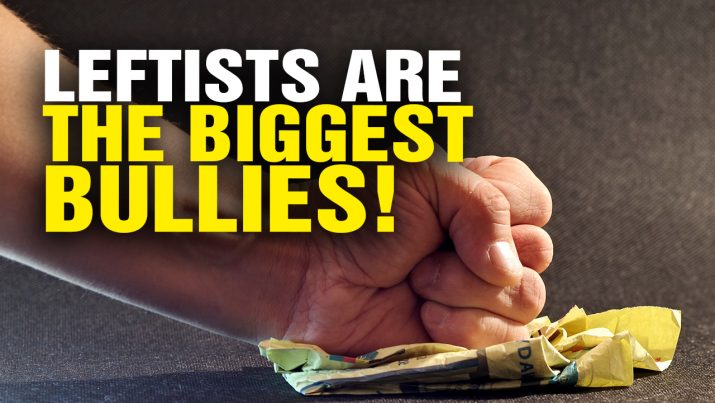 Leftists are the biggest bullies in society, and liberalism has become a violent cult that seeks to physically attack its political enemies.

Podcast Transcript: “You know who the biggest bullies are in society today? It’s Leftists, it’s liberals. They’ve become bullies. They bully everybody who doesn’t agree with them. It’s really sad and kind of sick and demented, because they don’t think they’re bullies. They don’t even realize it. If you don’t go along with their agenda – which is let’s say LGBT or a gay marriage or what have you – then you are attacked, smeared and just raked over the coals. Or like this Christian bakery or this Christian pizza parlor in Indiana a couple years ago… they didn’t want to cater a gay wedding. It’s like, “Really?” The gay couples I know they don’t have pizza at their weddings. They’re a little more sophisticated than that, but that’s beside the point. The pizza parlors get bashed and raked over the coals through the entire mainstream media. But when a progressive coffee shop in Seattle wants to kick Christians out because they don’t like Christians, there’s no uproar whatsoever. You see the Left can bully anybody they want. They do bully and they get away with it – and they don’t see themselves as bullies which is really the problem…” Listen to the full podcast below:

Leftists are the biggest BULLIES from NaturalNews on Vimeo.