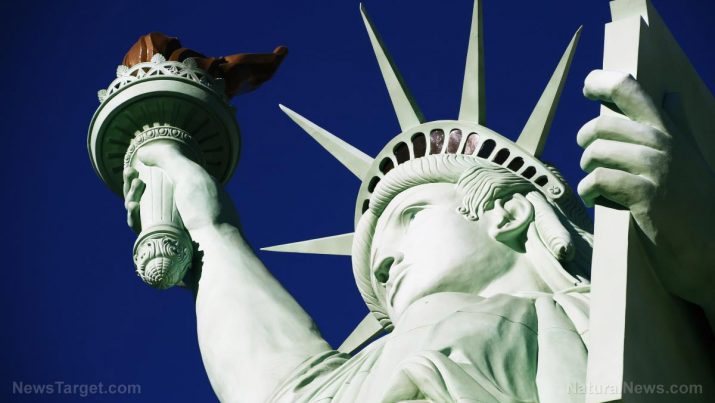 As we reported over the weekend, YouTube terminated the entire Health Ranger video channel on Saturday, wiping out over 1,700 videos and approximately 350K+ subscribers. This was done, of course, as part of the YouTube left-wing PURGE now being carried out against non-establishment speakers who are being targeted for political reasons.

YouTube’s censorship rampage also wiped out all my videos on the donkeys I rescued, the range-free chickens I raise and even the beautiful ice crystals I captured on video over the winter. In its censorship sweep, YouTube is obliterating thousands of videos without cause, violating the civil rights of informative internet users and functioning as a criminal techno-cartel.

My channel wasn’t alone in this, of course. YouTube’s censorship rampage has targeted thousands of other indy media channels over the last two weeks, issuing strikes against content that was uploaded many years ago (and is just now being flagged by ridiculously biased left-wing “trusted flaggers” such as the outrageously biased SPLC group). RightSide Broadcasting’s live event has also been blocked by YouTube, reports The Gateway Pundit.

It’s not about cracking down on so-called “conspiracy theories,” either. YouTube just announced it’s sponsoring a left-wing video creator who says the 9/11 terrorists attacks were an “inside job” — almost identical language to what InfoWars uses, but of course InfoWars gets selectively targeted for banning.

Make no mistake: Tyranny has arrived in America, and YouTube is now functioning almost exactly like Communist China. Where is U.S. Attorney General Jeff Sessions on all this abuse and clear violations of U.S. law?

Thank you to all Natural News / Health Ranger fans who are raising your voices in defense of our valuable content. Here’s a small taste of the support for Natural News being voiced across YouTube and Twitter: 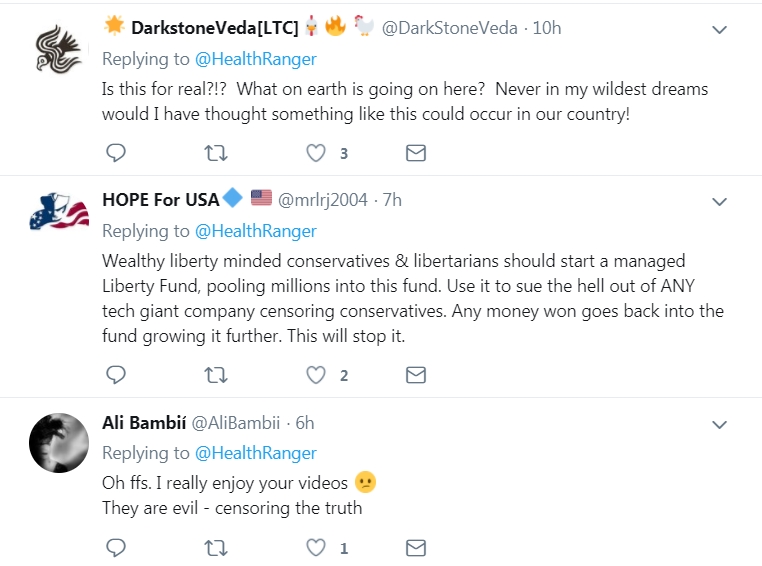 Is this for real? What on earth is going on here? Never in my wildest dreams would I have thought something like this could occur in our country! 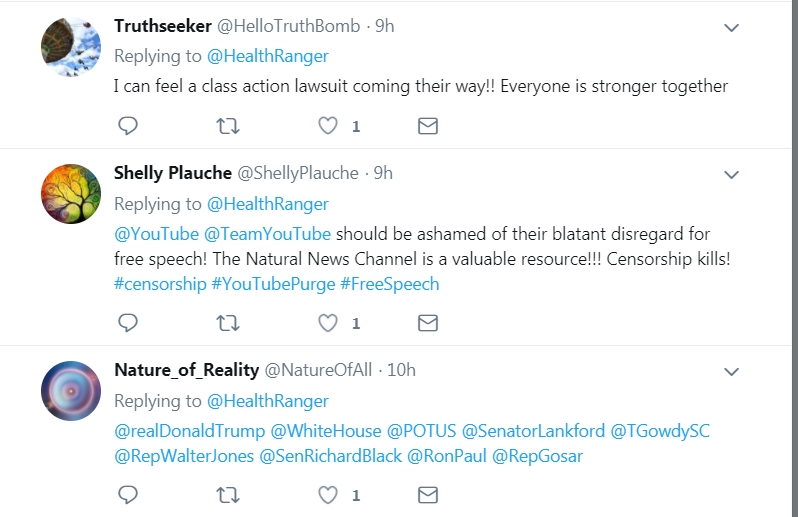 @YouTube @TeamYouTube should be ashamed of their blatant disregard for free speech! The Natural News Channel is a valuable resource!!! Censorship kills!

We have two very important announcements coming Tuesday morning on Natural News. One of these announcements is a game-changer that YouTube will deeply wish they had never unleashed… and the other is an online action rally that needs your support.

And thank you for all your support! YouTube will not silence us. The very fact that they’ve tried to silence us means we’ve been 100% correct this entire time about the coming tyranny, censorship and left-wing totalitarianism. It’s here now. You’re seeing it unfold right this very moment. They will stop at nothing to try to crush all voices of reason in America…